Which digital device type for schools?

At Sparkjar we think iPads are hands-down the best choice for teaching and learning. 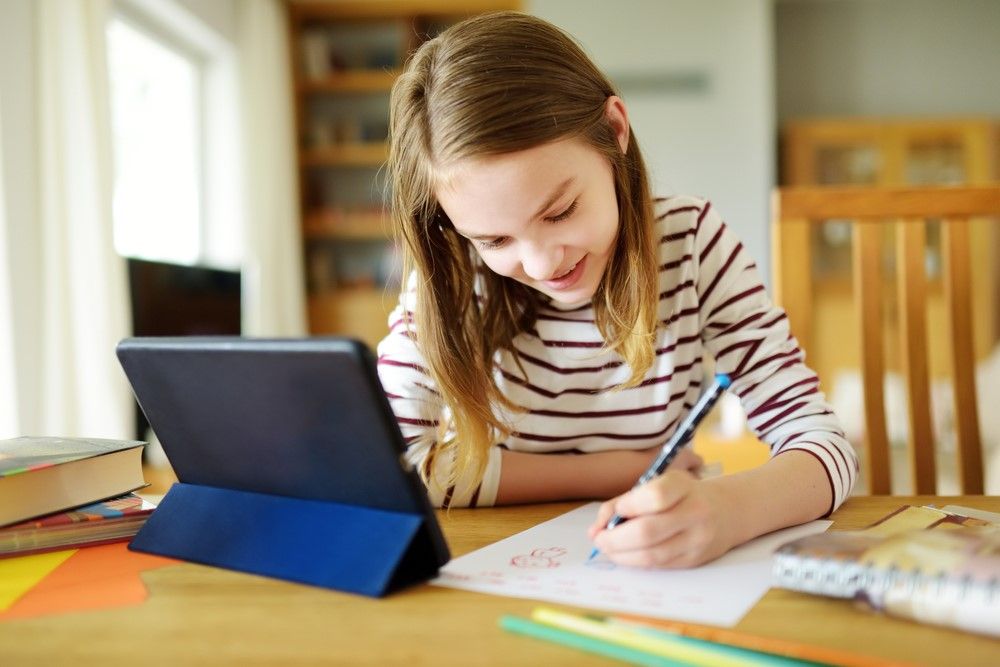 Laurence is Sparkjar's Head of School Engagement and works closely with our customers to ensure they always get the most out of our platform.

In my previous post on 'Why one-to-one devices?' I laid out the fundamental choices for school leaders in what approach to take for devices as part of your digital strategy, and why we at Sparkjar firmly believe one-to-one devices are the gold standard and the future of education.

Today I’m going to take things a step further and discuss what type of device schools should choose. At Sparkjar we think iPads are hands-down the best choice. I will explain why by looking at a number of key questions.

Note that throughout this article, I will be comparing generic categories rather than specific models, and as such, have to make generalisations – for example, that tablets are cheaper than laptops. Naturally this is not always the case and one can find very cheap laptops and very expensive tablets. It is however the norm. My generalisations will focus on the norms at entry level for each type of device.

The first idea we should discount is that school device schemes should use full-on laptops. Reasons include that they:

On the other hand, tablets are light, portable, more affordable, and by their nature will always have a touchscreen. They invariably also now have cameras including video cameras, which combined with their portability adds a lot to creative functionality for students and teachers.

Why is a touchscreen important?

Although it might be tempting to look at devices which are cheaper but don’t have touchscreen, this is a false economy. The primary reasons for this in education are actually not about the ability to navigate around screens by touch as opposed to mouse or trackpad. Being able to do so is a bonus but doesn’t actually add fundamentally to essential functionality. Where touchscreens do make a fundamental difference is the ability to use a stylus. This unlocks the ability to handwrite, draw and annotate – absolutely critical components for devices to maximise their potential for students.

The first thing to understand about Chromebooks is the breadth of options. Chromebooks can be cheap or very expensive. They come in clamshell (i.e. looks like a laptop) or tablet form factors, and with or without touchscreens.

They do have advantages for schools in terms of their simplicity. They are relatively easy for students and teachers to use and troubleshoot, and for schools to maintain and support. However, this simplicity is also a major weakness because there is a great deal Chromebooks cannot do. Many applications which run on other platforms do not work.

Chromebooks are also very poor in terms of actual speed and performance compared to other options. This has two impacts – the obvious one is making everything harder and slower for teachers and students. When trying more ambitious tasks – for example, anything involving video – this becomes even more of an issue, and there are certainly many things Chromebooks simply make impossible because of their lack of power. The second aspect of this is how their performance affects their longevity. Because of their relative lack of power, Chromebooks are likely to be out of date and unusable much more quickly than other options. This in itself is a reason why buying Chromebooks may appear to be much more economically sensible than it actually is.

Last but not least, the way Chrome OS works is a great deal more dependent on the cloud and network than other operating systems. Rather than storing files and applications on the device, there is a strong tendency for them to be stored in the cloud and just accessed by the device. This exacerbates performance issues and makes Chromebooks highly dependent on a very reliable and quick internet connection.

If the height of your ambitions is for devices which are primarily just for reading Wikipedia and simple word processing, you have a lightning-quick school network which never has performance issues with WiFi in every corner, have students who all have excellent internet at home, don’t mind students and teachers not being able to use devices out and about, and don’t mind replacing them every couple of years, then Chromebooks may be for you. Otherwise we strongly advise looking elsewhere.

What kind of tablet?

So if we’ve decided laptops and Chromebooks are out, then the major remaining options are going to be Windows or Android tablets, or iPads.

Android is really an operating system built squarely for mobile phones. Simply put we would strongly advise schools not to go down that route.

Windows tablets are not the worst option in the field, though they are not the best either. Windows devices are normally able to run a wide range of applications. They can range hugely in price from the very cheap to the extremely expensive. At the very expensive end they can have a very high-level of performance, but at the entry level they can equally have very dire performance levels. One thing which is common to all is the operating system. Whereas when looking at Chromebooks I have pointed to their over-simplicity, Windows devices have the opposite problem; over-complexity. Windows has a lot of complexity which simply isn’t needed for teaching and learning, at least up to A-Level age. This complexity makes devices less easy for students and teachers to use, more likely to go wrong, harder to troubleshoot in the classroom, and harder for schools to manage, support and secure. It also means that at best they may work reasonably well for certain age ranges (e.g. A-Level) but not others.

A quick word on Surface devices. As Windows devices go, Surface models are certainly up there as some of the more attractive options. What I’ve just outlined about the problems with the over-complexity of Windows and its implications absolutely stands for Surface. In terms of performance, this depends on the specific type of Surface device, however, at the time of writing, the entry level Surface device is quite a bit more expensive than the entry level iPad but the iPad has roughly twice the performance.

So what we are left with is iPads, which we firmly believe to be the best option for both primary and secondary schools.

iPad has the right level of simplicity and complexity for schools. In a way, you could say it sits neatly between the over-simplicity of Chromebooks and the over-complexity of Windows devices. Their simplicity makes them very easy and intuitive for teachers and students to use, unlikely to go wrong and relatively easy to troubleshoot or support if they do. They are much easier than other options for schools to manage and secure.

iPad performance vs cost over time: 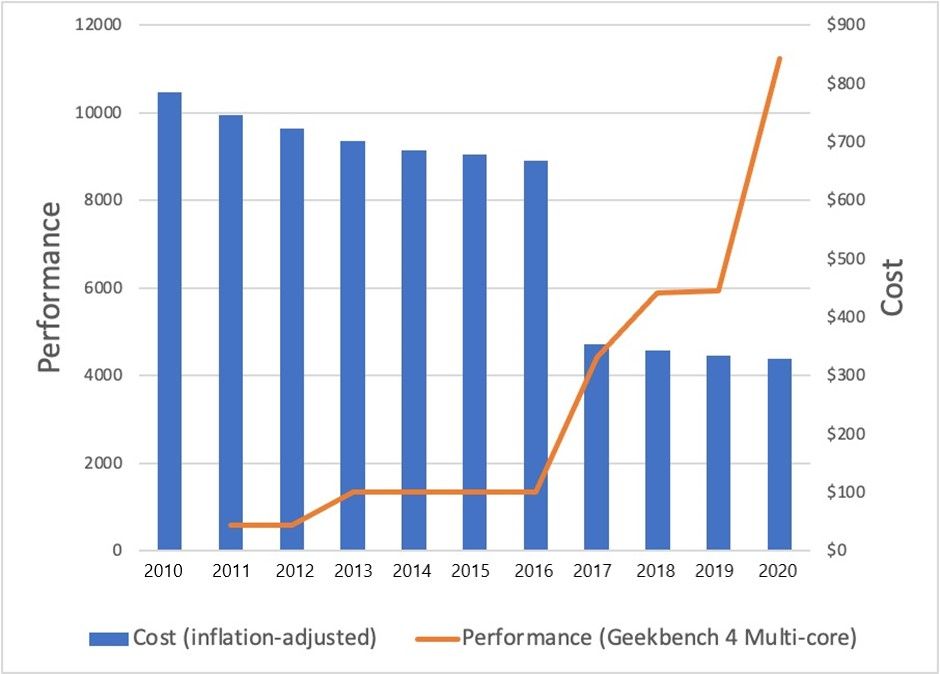 iPad is uniquely both simple enough for a 5-year-old but powerful enough for A-Levels, at a cost that makes it more accessible and better value-for-money for schools than any other option.

Add to this that iPads’ longevity is fantastically good. Although we would recommend schools ideally look to replace any device approximately every three years, iPads work well beyond this and Apple tend to continue to support them with operating system and security updates for around 6 years. The same cannot be said for other options.

The range of applications available for iPad is eye-watering – well over a million options. Compatibility is also excellent in the sense that for example they can run excellent versions of Microsoft Office programmes (Word, Powerpoint, Excel etc), but also run its own Apple software, including many apps which really support creative learning and projects in particular, such as GarageBand or iMovie.

Apple’s stylus experience is second to none. As I’ve mentioned previously, styluses really are essential for getting the most from devices for teaching and learning – for handwriting, drawing and annotating. The Apple Pencil on iPad is absolutely the best stylus experience on any device, and the cheaper, education-focussed Logitech Crayon which was developed in partnership with Apple, is still head and shoulders above stylus experiences on other devices.

For a visual overview of some of the key arguments for iPad, drop us a message via this link 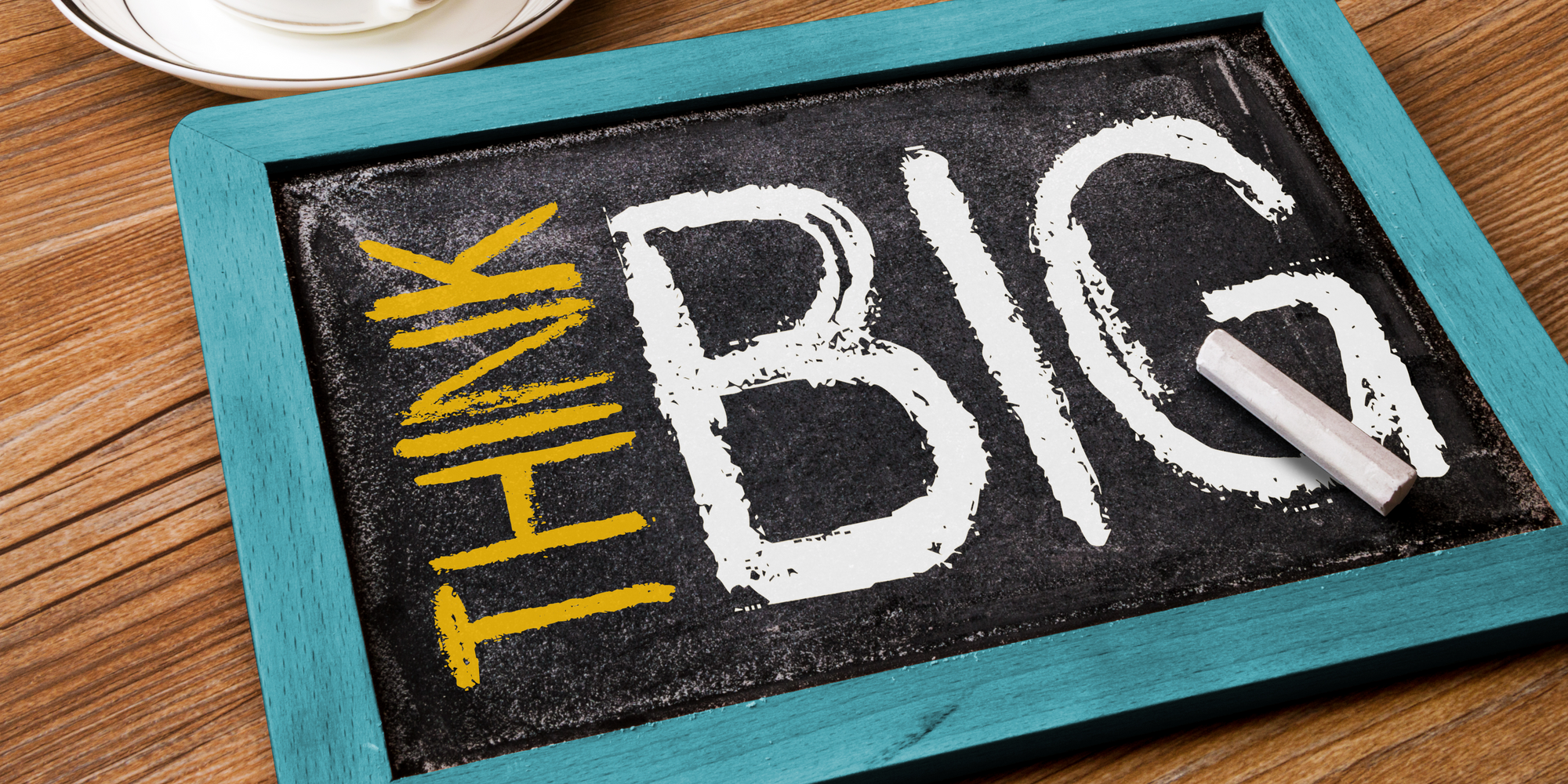 Subscribe to receive all the latest articles from the Sparkjar Blog, your resource for all things blended learning. 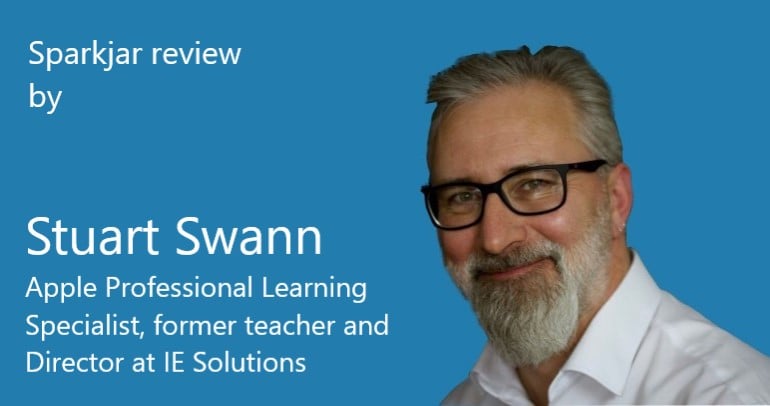 Education experts are impressed by Sparkjar

How to maximise your financial investment in your teachers 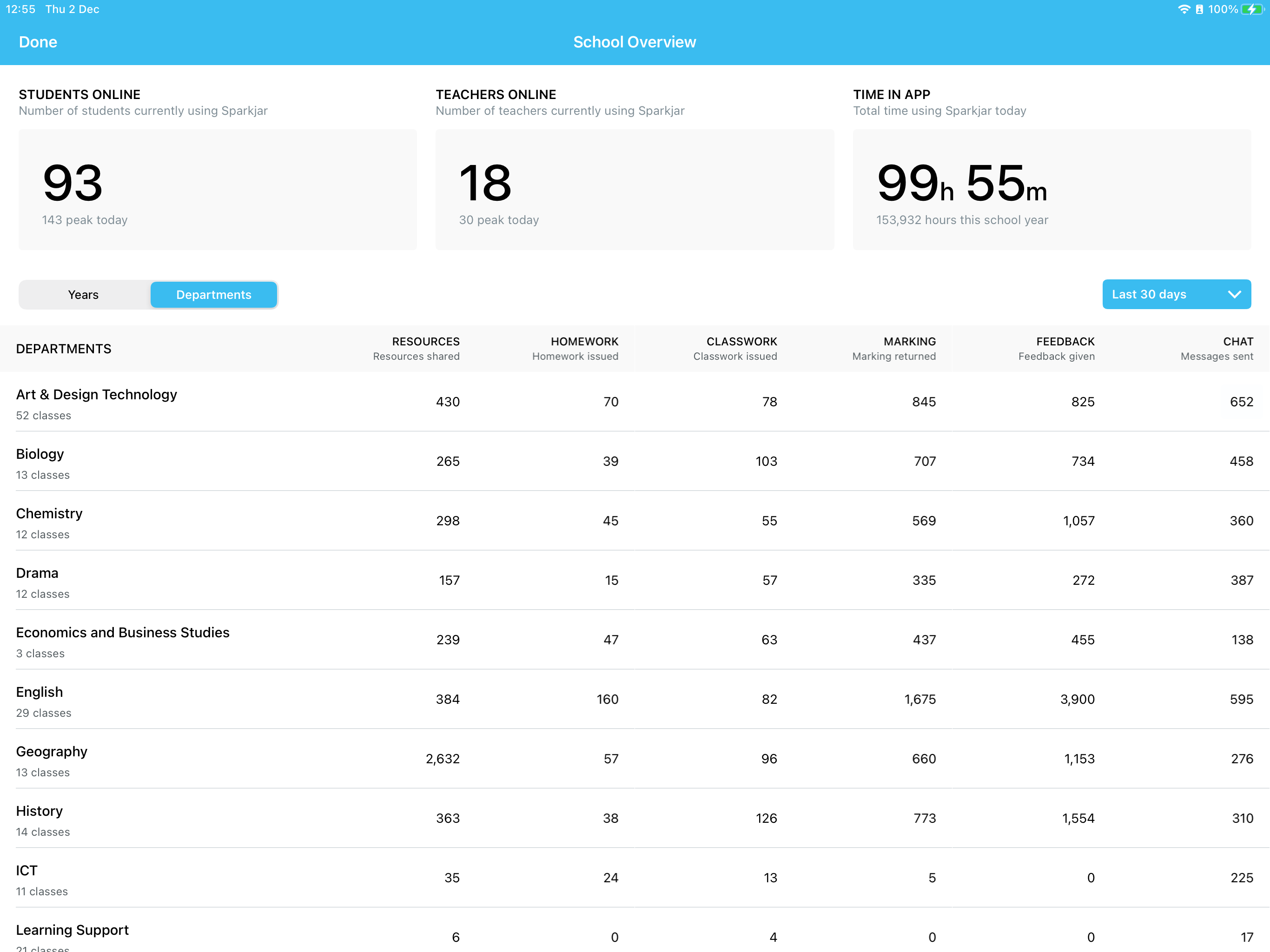